ReactJS is an open-source platform which works in a component-based environment. It is a JavaScript library which can be used to develop complex web applications.

ReactJS is open-source, which means that anyone can access its source code, modify it and enhance it. In a typical model view controller architecture, React defines the visual appearance and interactiveness of various elements within an application.

For example, let’s say you’re browsing your Facebook newsfeed and stumble upon a picture you like. You then proceed to read the post’s comments. While reading the comments, you hit the ‘like’ button. The number of likes then instantly updates without you having to reload the page. This powerful functionality is the result of ReactJS working its magic in real-time.

ReactJS is generally simpler to use and learn.. Compared to other frameworks like angular, react is much easier to grasp for most web developers.

React was built by Jordan Walke, who was an engineer at Facebook. The engineers at Facebook wanted to develop a dynamic interface that would ensure a smooth live feed browsing experience while still allowing users to interact and message friends through chat boxes simultaneously.

To achieve such a smooth user interface, the engineers of Facebook tried their hands at optimising the web development process. They were ultimately successful with the release of ReactJS.

After the launch of ReactJS, they realised that it was working much faster than most of their competitors. Many other platforms soon realised the advantages of ReactJS, and as a result, many had also started developing using ReactJS.

ReactJS has gained immense popularity amongst web developers worldwide. Many popular applications have been built by using ReactJS to enhance the quality of their user interface with JavaScript. The reason for this popularity is its unique features.

JSX – JSX is the syntax extension to JavaScript. Using JSX, we can add HTML to JavaScript file. All coding in React is done using JSX. It also helps in making the code easier to understand and debug. Ultimately, JSX is a combination of JavaScript and HTML. JSX is not a mandatory feature of ReactJS; however, it is highly recommended to use JSX as it makes the whole process simple.

Virtual Dom – The next feature is Virtual DOM. DOM, which is an acronym for Data Object Model, actually defines how documents are accessed and manipulated in a webpage. It represents the entire structure of the webpage in the form of a tree. Now let us understand how it actually works. React creates a virtual DOM that is the exact copy of the real DOM. Traditionally, whenever something changes in the web application, all objects on the real DOM are updated. This makes it extremely slow. React counters this problem by comparing the virtual DOM snapshot that was taken right before the update with the Virtual DOM object. When React compares the pre updated version with the current objects, it understands which objects have actually changed and then it updates only those objects instead of updating all the objects on the real DOM. This makes a significant difference in terms of speed. This feature of ReactJS makes the application run faster and avoids wastage of memory.

Components – Components are the building blocks based on which every React application is built. ReactJS divides the user interface into multiple components wherein each component defines how a particular element is viewed in the application. Components remain discrete and are processed independently.

Performance – The next feature of ReactJS is performance. ReactJS uses Virtual DOM and as already discussed, Virtual DOM impacts the speed of the application. Also, its multiple components profoundly affect the development time. All these features combined help to improve performance drastically. Compared to other alternatives, ReactJS gives high-quality and smoother performance to its users.

Simplicity – ReactJS makes the application simple as it uses the JSX file which is already explained above. It also helps to understand codes well for all the developers. ReactJS works on a component-based system which reuses the codes as per the requirements of the user. This makes ReactJS simple and easy.

ReactJS has several advantages as compared to its competitors. These are:

DOM, as previously outlined, means document object model which is a sort of viewing agreement on the inputs and outputs of data is generally in the structure of a tree. ReactJS uses Virtual DOM, which is a replica of the real DOM. In the real DOM, it takes a lot of time to process and this makes the whole application slow. Whereas, in virtual DOM only the objects that have changed get updated, so the overall time taken by it reduces and this makes the application faster.

Additionally, this also provides a better user experience to users and web developers. In this fast paced world, if your application is slow then no one will use it. To survive in this competitive environment, you will need to build an application having virtual DOM and for that, you will likely be required to use ReactJS.

Further, all the components of ReactJS are independent or isolated. So, if there is an update of an individual component, this does not affect the other components. This allows the web developers to reuse those components which have not faced any update and thereby making the programming very easy and convenient for the developers.

The open-source library makes the application open to the community even while it is undergoing development.

ReactJS is one of the very first JavaScript libraries introduced which was launched open-sourced. This means that any user can access its source code, enhance it or modify it.

Technology is continually changing and evolving at a rapid pace. If you’re looking to adopt a growing and in-demand platform, then ReactJS may be worth your while. With it’s a component-based system, it becomes easy to understand and learn ReactJS.

The use of JavaScript in its plain form and the use of JSX makes it easy for the web developers to understand, use and learn ReactJS. The use of JSX is not mandatory but it is recommended because it makes it easy to build an application using it. If you want to understand ReactJS you just need to have previous knowledge in web development whereas in order to understand the other similar platforms you must have domain-specific knowledge. If you don’t have that, then it makes it difficult to learn other platforms.

Real-world use cases of ReactJS

In recent years, several major applications have adopted ReactJS. In 2015, Netflix adopted ReactJS. One of the major features that attracted Netflix towards it was its one-way data-binding feature which leads to the flow of information in a single direction.

The second most popular application that uses ReactJS is Instagram. The use of ReactJS on Instagram is significant. Many would even go as far as saying that the entire application is completely based on ReactJS.

The next most common application that uses ReactJS is WhatsApp. There were several beta versions used by WhatsApp. However, they have now started using ReactJS to help them build improved user interfaces from Facebook. Whatsapp’s latest web application uses ReactJS.

One of the problems with ReactJS is that it is a very dynamic concept. The environment of ReactJS changes regularly, making it difficult for the developers to keep pace with its ever-changing environment.

Web developers must keep themselves updated continuously to learn how to build more complex and in-demand functionalities.

ReactJS aims at giving the best user experience and also aims at reducing wait times by fastening the application with the help of its unique features. Presently, ReactJS holds one of the fastest-growing web developer communities. 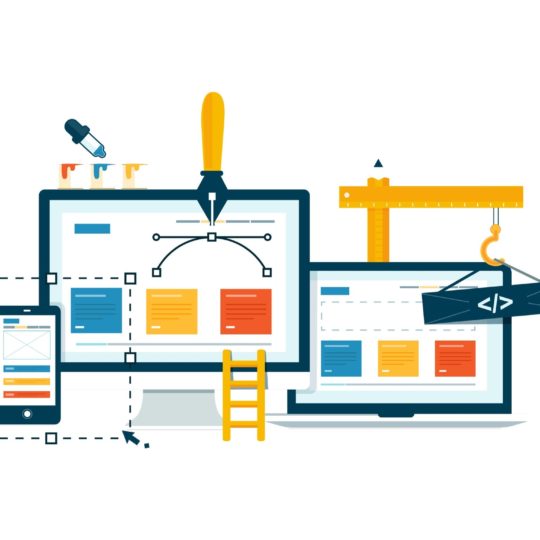 Common eCommerce Development Issues & How to Overcome Them

Sydneysiders and tourists use the internet, whether for keeping up with news, communication, navigation, or shopping. Because of the enormous market potential and widely… 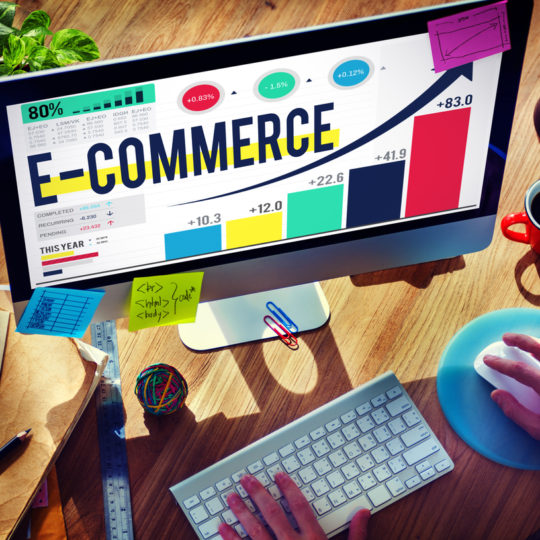 The way consumers shop and make vital purchasing decisions online is constantly evolving. This evolution is hugely contributed by how online consumers are engaging…